A six week public submission period for Rex Minerals’ Hillside Mining Lease Proposal closed in early November 2013.  Over 260 submissions were received from the public, which was an outstanding number.  Links to some of the submissions are provided  below  together with key quotes from those submissions. 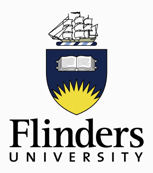 The DCYP is not prepared to support the development at this time as it considers that the proposal lacks sufficient information for the Council to be able to make a considered judgement of the application.

– Who is concerned about the environmental issues of pollution, dust, incursions onto neighbouring farming land, the biological life of healthy and productive soils that have been nurtured for generations and decades?

– Who is responsible and liable if traces of mining by-products are found in South Australia’s world class malting barley industry…?

– Why would any Government be so irresponsible as to forcibly replace land caretakers with the pillage and destruction of open-cut mining?  (page 2).