Letters of support for our Farmers’  Forum and our fight to get the Bill changed to protect agricultural land against  mining access were received from a number of SA groups and key individuals.   This shows YP’s  concerns are shared by many landowners across SA.  For more…. 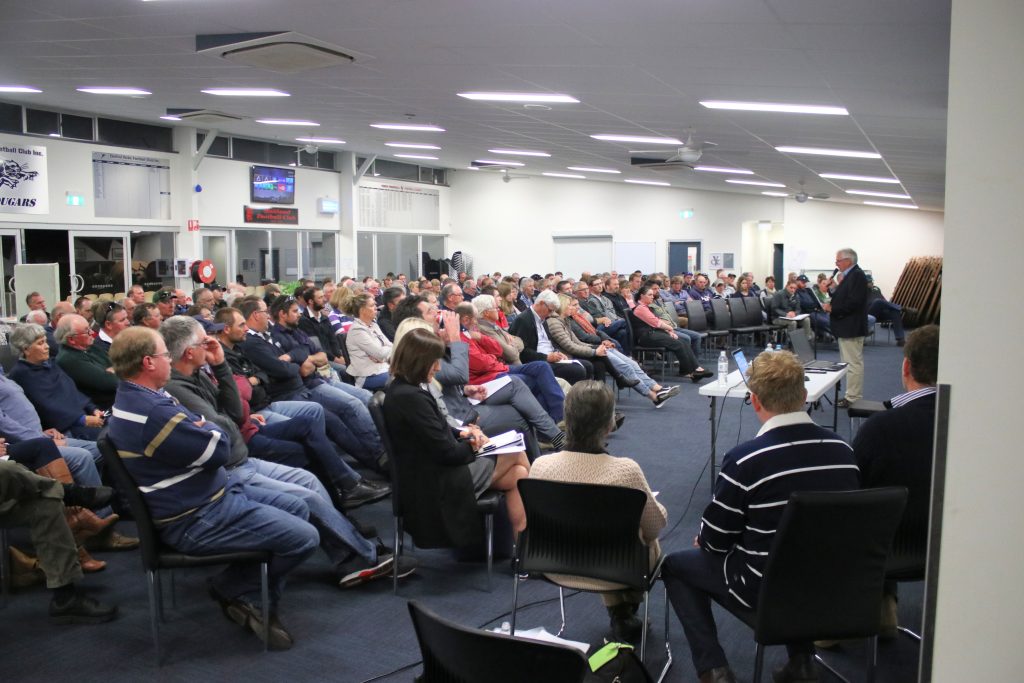 Please pass on my total support for grain producing farmers of Yorke Peninsula as you seek to obtain justice and fairness with regard to which industry has priority and security on the farming lands of your Peninsula.

Yorke Peninsula is the key battleground to resist the incursion of mining exploration and actual mining on land that is currently committed to agriculture and food production.  With 140 years of land stewardship and grain production, it is reprehensible and obscene that you should have to defend your right to farm and to continue with the industry that has underpinned the economic growth and development of this State for so long.

The issue is NOT about agriculture and mining being compatible, and working in co-existence. That is an impossibility.  For any given unit of agricultural land, one industry enhances and builds up and maintains a sustainable and necessary production from that land asset, and as you have so clearly demonstrated over many years, your land is in better health and is more productive than it has ever been. The contrast with mining is stark. The resources are pillaged and cannot be replaced. That is the definition of mining.

The mining industry has a rightful place within the State’s economic growth and output. But the incursions of mining exploration companies within agricultural communities has been a continuous story of hyped up promises, fabrications and lies, and the deceitful propagation of assurances which simply can never come to fruition.

On Lower Eyre Peninsula, the hype and publicity and promises of jobs, wealth, economic growth, and the well being of communities has been nothing but a sad delusion. Local Government Councils have been sucked in by this overstatement of extravagant projections and rhetoric, whilst individual land holders have had to bear the brunt and trauma of defending their patch of land, of the stress and uncertainty about their future, of the economic devaluation of their land resource, and the state of limbo that their farm management undergoes as some other irresponsible organisation decides their fate.

This situation must stop. Agricultural land must be protected, and must be off-limits to mining, just as the vineyards of the Barossa and the Southern Vales and the Conservation Parks and other protected areas are off-limits. Yes, landowners must have the right of veto, but coming ahead and before this proviso is the simple, unambiguous, and categorical statement:   “Agricultural land in South Australia is exempt from mining.”   Full stop.  The Government that makes this policy their own will be doing the State a great favour, and saving itself from a future of civic unrest and opposition if landowners must defend their right to farm, and to farm sustainably and profitably.

As chair of the Inverbrackie Creek Catchment Group I support and encourage YP landowners in their battle against mineral exploration and mining operations on their prime agricultural land. Our group fully appreciates the threat this has on a community, and the uncertainty it creates when farmers want to invest in their businesses knowing there is a risk that at some point in the future their land could impacted by mining operations.

The Mining Act does not protect viable farming operations on prime agricultural land from being negatively affected by exploration and/or mining companies. A little over 4% of SA’s vast land is arable, just a narrow band that produces billions of dollars of revenue, and feeds millions of people in an increasingly hungry world.

For our group, the proposed mining activities around Woodside and other locations in the Mt Lofty Ranges put Adelaide’s water security at risk. After all, for decades farmers in Adelaide’s watershed have been increasingly restricted by government departments in how they run their operations, down to the level that the majority of dairies have closed due to the risk that a stray piece of cow manure ends up in the creek, and intensive livestock production is banned, as is aerial spraying. Yet, it appears mining companies will be allowed to create kilometres of 7 m x 5 m underground tunnels, piercing the aquifer, to dig up some shiny golden stones. In a district with no mains water, and just 8 km from the environmental disaster that was Brukunga (still costing taxpayers over $1 million per year to rehabilitate), the proposed re-opening of the Woodside goldfields is yet another example – alongside Hillside – of a mining proposal that is totally inappropriate.

Our district produces strawberries, apples, nursery trees, beef, hay, stud horses, and wine, and the uncertainty around the proposed mine and its impact on water quality and availability is delaying millions of dollars of investment. But the Inverbrackie Creek area, and the properties around the proposed Hillside mine, are just two parts of SA’s food bowl under threat of mining activity.

Mining has no place in Adelaide’s watershed, or on prime agricultural land – the Mining Act needs to make this clear.

Farmers have enough worries, so redressing the balance between agriculture and mining would be an excellent step for the Marshall Government to take, and thus allow SA’s farmers to focus on their farming without looking over the fence worrying about invading mining companies”.

I would like to wish YP farmers all the best and great success for their Farmers Meeting on 27th September.  After having successfully stopped a lignite mine next to our property near Kingston SE, based on science, I am now back to trying to stop the same lignite from being mined yet again.  The Government re-issued the licence again, despite objections from the landowners in our area.

I value highly what YP landowners are doing and you have my utmost support.  Our important food producing areas must have precedence over mining. The stress this is causing farmers and landowners across our food bowls is totally unacceptable.

The Stop Invasive Mining Group Incorporated, SIMGI, is based on Eyre Peninsula, EP, with over 360 members.

SIMGI fully supports YP farmers’ concerns that landowner rights are not protected in the present Bill.   9AA of the present Mining Act does not protect the owner of land who refuses to sign a waiver of exemption allowing the exploration/mining company access to their land.  The owner of ’exempt’ land should have a right to say no and it be upheld, without the threat of court action.

On Lower Eyre Peninsula there is a 21 year Mining Lease granted for the Kookaburra Gully Graphite Mine. This mine is in the Koppio Hills where farmers do not have mains water so are very concerned about the underground water, surface water and fugitive dust.

At Warramboo there is the Central Eyre Iron Project, Iron Road, with a 21 year ML granted.  This comprises a mineral claim of approx. 8,458 hectares (6 farming families), transport corridor of approx. 743 hectares (44 farming families) and the Port site of approx. 1100 hectares (already purchased).  Suggested finances of $4.6 billion plus will be needed for the iron ore Project.

There is also continued exploration on EP by other mining companies.

It appears the industry and the Dept. of Energy and Mining have been the only ones to have input into the Mining Act review and the resultant Mining Bill.  Where have the concerns of landowners stated in submissions been addressed in this Bill?    The Mining Act refers to three bodies – the Government, the mining company and the owner of land. However, the owner of the land appears not to be included in consultations.

We are writing this letter to indicate our support for your fight to protect your region from invasive open cut mines. We understand the need for a land owners right to say ‘no’ to mining companies, and encourage you to stress the lack of social licence for mining to continue or expand in your region as evidenced by the community support for your objectives.

LCPA was established approximately 5 years ago by a group of concerned locals, who like yourselves, were fearful of the knock-on effects to our region when the government of the day allows unfettered access to our prime agricultural land for mining companies. Lock The Gate has been instrumental in our efforts to limit this mining activity in the Limestone Coast. We have found that social licence – or lack thereof – is a very important tool in these endeavors, and strongly encourage you to stay on message and persevere.

Prime tourism and agricultural regions need to preserve the industries that support their local economies. LCPA have found in the Limestone Coast that almost all mining personal are FIFO as the talent pool does not exist here for those kinds of jobs. This does not encourage local economic activity, and any benefits to the local community are minimal.

Environmental concerns such as air quality and ongoing health impacts on the community are another primary concern for regions such as ours. We wish to express our concerns for your region and its communities, and offer any support we can in pursuit of your goals.